At age 75, Aaron Herskowitz and his beloved Helen return to Bilky. It is the first time since World War II, and they did not want to revisit the hellish nightmares of their survival. It is only after much convincing from their children that they are able to get their father and mother, also a native Bilker and Auschwitz survivor, to make the journey.

Howard, who has been fascinated with his father’s stories since childhood, hadn’t truly understood his parents’ reluctance to return to their home town, at first the site of happy times, but then a time of sadness, when the Holocaust came to wipe out their families and loved ones. Together, Aaron and his family revisit familiar countryside while Howard uses video and audio to record his parents’ fascinating memories. 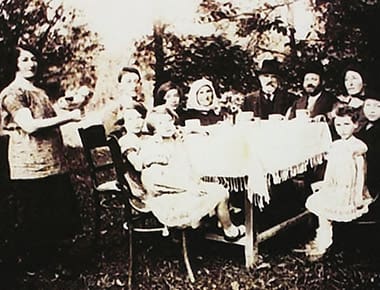 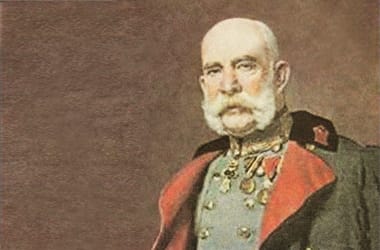 Aaron’s family revered Emperor Franz-Josef (1830-1916), who was one of the first European leaders to emancipate his Jewish population.

Aaron in the Czech Army

Aaron was promoted from private to corporal early in his service due to his leadership skills and his intelligence.

At the end of World War II

Aaron and his niece Irene 1946

His only relative to survive the war

Showing that he survived to return to his hometown Bilky several decades after the war.

Aaron’s family had bred horses, and after immigrating to America, he was able to return to a childhood passion.

With children Louis, Philis, Howard, their spouses and grandchildren.

Aaron’s wild friend Ignatz Sax. After immigrating to America, Aaron searched in vain for his old comrade Sax. It was not until after the deaths of both men that members of the Sax family by chance attended a live presentation of “Aaron’s Revenge” and then stepped forward with the amazing news that their relative was the late Ignatz Sax of Aaron’s story. This photograph was taken in the mid-to-late 1940s.

Bilky’s Rabbi Weiss preached prayer rather than resistance; because of this, he was one of Aaron’s greatest adversaries.