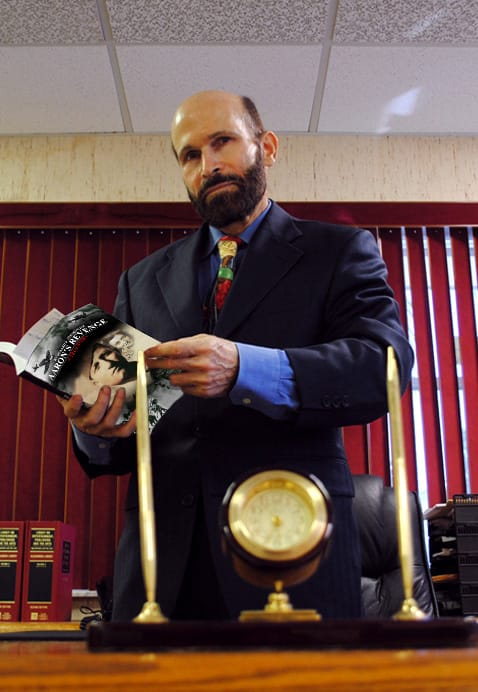 Howard Herskowitz has been a practicing trial lawyer for over thirty years which has helped prepare him for presenting the remarkable story of his father to many audiences. Howard received his law degree from Nova University. Howard’s upbringing by two Jewish Holocaust survivors fostered a life-long interest in history, with a particular focus on the American Civil War and World War II. In addition, his parents encouraged the development of Howard’s interests in classic film and virtually all genres of music. Howard spent several years traveling and speaking with historians and witnesses to verify all the essentials to convey his father’s story accurately.

Howard Herskowitz convinced his father, Aaron, to tell his story despite his dad’s resistance to revisiting those nightmarish memories. When Aaron was seventy-five years old, Howard and his brother Louis persuaded their parents to  travel back with them to their hometown Bilky in eastern Europe for the first time since the end of World War II. During that trip, Howard began documenting Aaron’s story on video, capturing many dramatic elements of Aaron’s Revenge. That was when Howard first realized he had an important book to write about his father’s incredible experience during World War II. Howard continued documenting this incredible story during private video interviews with his father during the 1990s. Howard developed an especially passionate curiosity about the lack of armed Jewish resistance during World War II. When Howard became a lawyer, he always maintained an empathy for the innocent underdog he has represented in conflicts against seemingly insurmountable odds.

Howard experiences the same sympathetic passions in his continuous study of history and current international events, where oppressed innocent out-numbered citizens manage to overcome dictatorships and achieve victory and freedom. Howard also interviewed his mother Helen about her survival through two concentration camps and especially regarding the amazing love story of his parents and their incredible reunion after the war, when each thought the other had perished. Mr. Herskowitz’s passion for relaying his parents’ struggles and heroism illustrates his devotion to his family and his love for communicating a significant and tragic period in history, with astounding true events never before revealed. 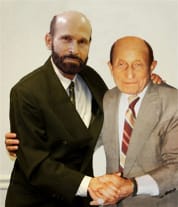 Aaron never boasted about his heroic feats, but as his father’s tale unfolded, Howard began to understand the untold truth kept virtually secret for decades until now. The Jews did not have political leaders in Europe. The Jewish leaders were the orthodox community rabbis, and their ancient beliefs against organized resistance and against immigration to Palestine (the Jews must wait for the “Messiah” to descend from the heavens to lead them to the Promised Land) played an unwitting role in the murder of so many Jews. Aaron’s stories became even more important as his own truth came out: He defied the rabbis and delivered a measure of justice to his former persecutors, and on behalf of those millions of Jews who perished throughout Europe. It is in the small town of Gerjen that Howard’s question is finally answered.

“So Dad, how many Nazis did you kill?” That’s the haunting question young Howard Herskowitz asked his father, Aaron, over and over. His dad’s storytelling about his hair-raising escapes and heroics during World War II fascinated the young boy. But Aaron would never answer that one question. Another puzzlement to young Howard was why his father would never want to return to Eastern Europe together to relive his exciting adventures with him. Howard was so fascinated with these tales that he dreamed about them, but he didn’t completely grasp the nature of his father’s journey, the horrors he witnessed and the brutality of World War II. As he grew up, Howard found himself plagued by this simple question that has fascinated many historians and observers about the plight of nearly all the Jews during the Nazi occupation: Why didn’t they fight back? After all, the canons of Jewish history are full of tales of heroic uprisings. Didn’t David slay Goliath? What about Judah Maccabee’s epic revolt? What about Samson’s towering strength, that helped defeat the enemies of the Jewish people? Didn’t any of those stories mean anything? The answer is revealed in Aaron’s Revenge.